Moving toward a new era as search for chancellor gets underway

Following San Diego Community College District Chancellor Constance M. Carroll’s January announcement that she will be retiring in June 2021, after 17 years of exemplary service as chief executive officer of one of the state’s largest community college districts, the near-impossible task of finding a replacement has shifted into high gear.

The District’s Board of Trustees recently established a 22-member search committee comprising faculty, classified professionals, community representatives, and others. In addition, it has hired ACCT Searches, a company that focuses on community and technical colleges and has successfully completed more than 500 CEO searches ranging from campus presidents to state system leaders, and it is in the final weeks of accepting applications for the position.

A screening committee will soon begin the process of reviewing applications and is aiming to start conducting interviews in late August or early fall. Following a second round of interviews, open forums, and site visits, the Board of Trustees is aiming to make a final selection and extend a job offer by the early part of 2021. The goal is to have the new Chancellor start July 1, 2021.

The SDCCD Chancellor is responsible for all operations in a District that is the largest provider of workforce training and education in the region with a $755-million annual operating budget. The Chancellor oversees San Diego City, Mesa, and Miramar colleges, a baccalaureate program at Mesa College, and San Diego Continuing Education; assures that the District is administered in accordance with policies adopted by the Board of Trustees and state and federal regulations; and maintains a close working relationship with the community, K-12 and local higher-education systems, as well as local, state, and federal officials.

Members of the search committee 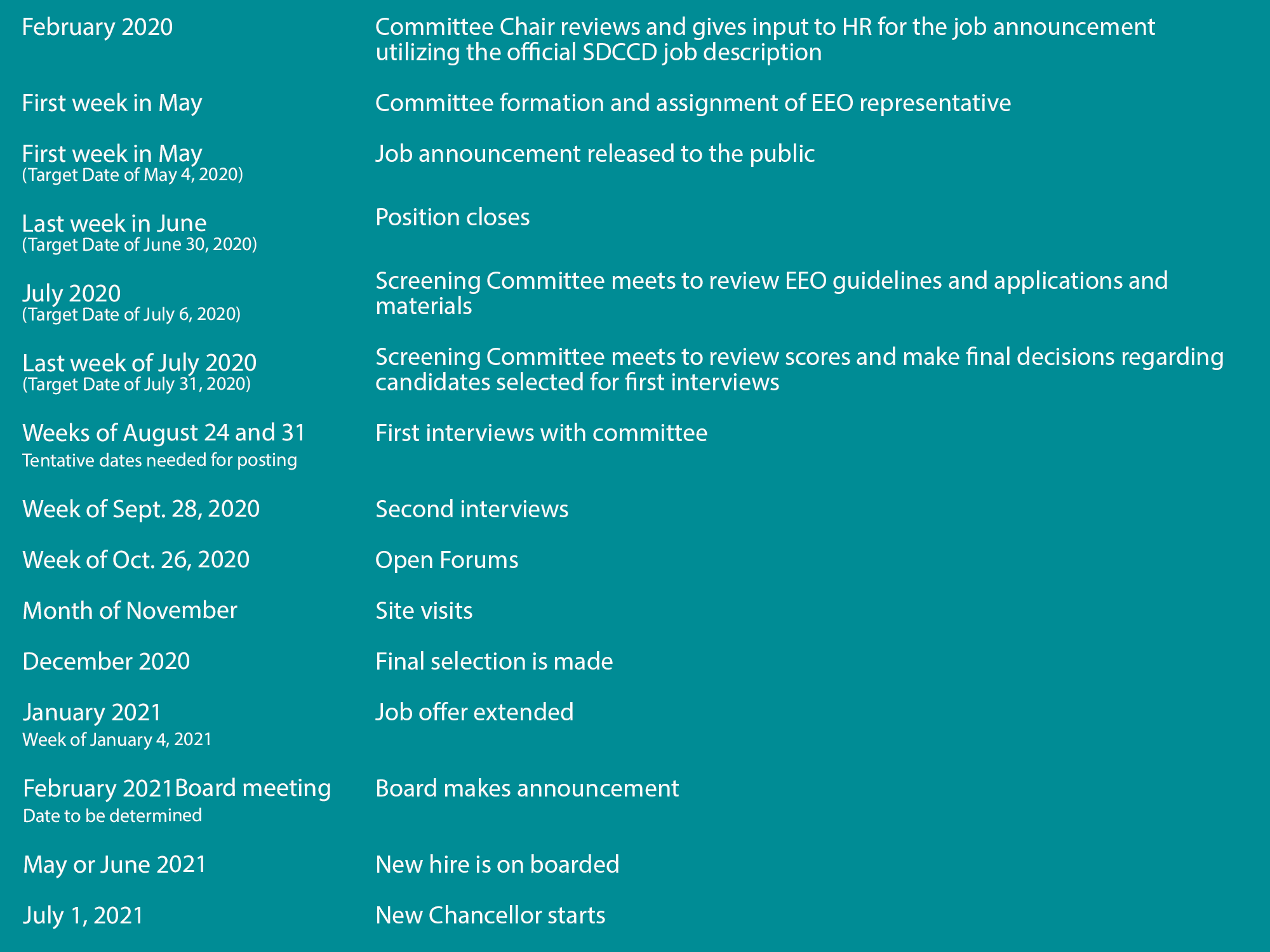