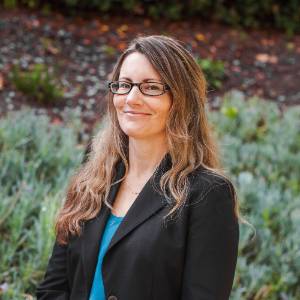 Jamila grew up in the Salinas Valley (Northern California) and attended Hartnell College before transferring to San Diego State University, where she received her B.S. in Communicative Disorders. Intrigued after taking a class on Deaf Culture for her undergraduate studies, she continued in the Rehabilitation Counseling program at SDSU with an emphasis in working with Deaf, Late-Deafened, and Hard of Hearing Adults. Shortly before graduating with her Master's degree, she became employed as a Vocational Specialist with the San Diego Community College District's WorkAbility III program. After four years with WorkAbility III, she took the opportunity to work as a counselor for Disability Support Programs & Services (DSPS) within San Diego Continuing Education, along the way earning a tenured position as a DSPS Counselor/Associate Professor. She also worked for Southwestern College for six years as a counselor for Disability Support Services, specializing in providing services to their Deaf/Hard of Hearing students. In 2013, Jamila became the coordinator for the WorkAbility III program, returning to her roots within SDCCD. 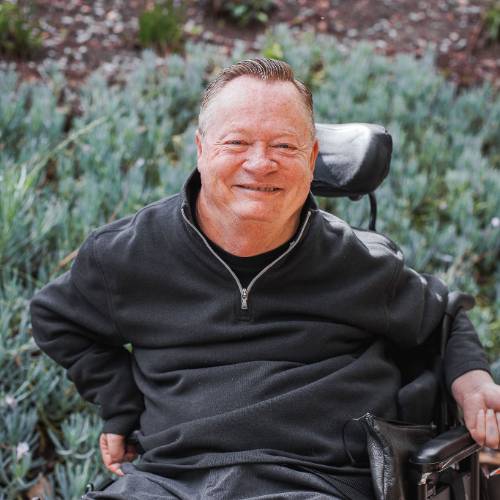 Rusty Krumm completed his B.A. in Business Administration from Husson University, in Bangor, Maine and graduated with a M.S. in Rehabilitation Counseling from San Diego State University. He worked four years with the San Diego Housing Commission developing career assessments for housing residents and has worked with the San Diego Community College District as a Vocational Specialist for over ten years. Mr. Krumm also worked at Access to Independence, a State independent living agency specializing in disability issues. Mr. Krumm has experience as a presenter at San Diego State University, San Diego Community College District and the state conference for California Association for Postsecondary Education and Disabilities. In addition, Mr. Krumm served as member on the City Heights Town Council and was a committee member on the Disability Day Committee and San Diego Justice Center Steering Committee. Rusty also brings over 40 years of personal experience as an individual with a disability who has successfully transitioned from Social Security Disability benefits to self-sufficiency, adding to practical work experience as a career counselor in the field of disability. 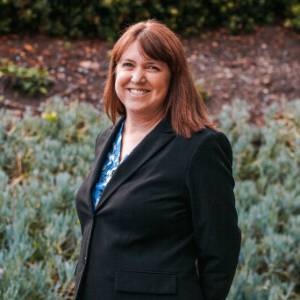 Stephanie Baldueza completed her Bachelor of Arts in English from the University of California, Davis and her Master of Arts in Educational Leadership with a Specialization in Student Affairs from San Diego State University. Stephanie has worked as both an Employment Training Specialist at Goodwill Industries and an Employment Specialist at the Dayle McIntosh Center assisting individuals with disabilities prepare for and obtain employment within the San Diego community. In addition, Stephanie has worked as an Advising Assistant for the Career Services Center at the University of California, San Diego assisting students with their graduate and professional school aspirations as well as their career goals. As a Graduate Assistant in the Center for Student Involvement at San Diego State University, Stephanie acted as a community partner liaison and planned campus-wide outreach to the community. Stephanie first started at the San Diego Community College District as an Educational Coach assisting individuals with disabilities within the College 2 Career Program. 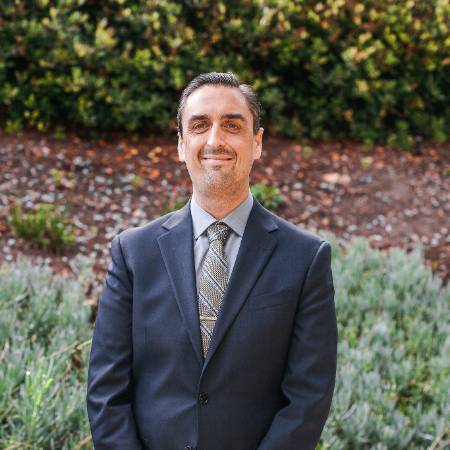 Shawn Fiala is a native of San Diego, CA and attended San Diego State University where he received a B.A. in Public Administration and an M.S. in Rehabilitation Counseling. He also received professional certificates from San Diego State University in the area of cognitive disabilities and in grant writing and is recognized with the designation of a Certified Rehabilitation Counselor (CRC) by the Commission on Rehabilitation Counselor Certification. In graduate school, Shawn worked as a graduate assistant for an instructor and as a graduate assistant to DSPS Solutions for the San Diego State University Research Foundation as well. Shawn first began working in the San Diego Community College District for the College to Career (C2C) program where he worked as an educational coach and as a graduate intern. Prior to working for the San Diego Community College District, Shawn worked for a national nonprofit on grant funded programs and projects focused on transition age youth with disabilities. Shawn’s main interest area is in competitive and integrated employment outcomes for persons with disabilities and as exemplified by the WorkAbility III program in the San Diego Community College District. 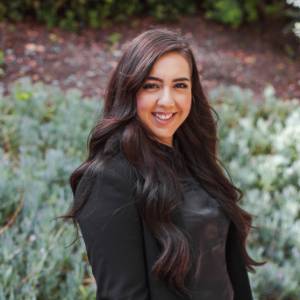 Melissa Pacheco completed her Bachelor of Arts in Communication from San Diego State University (SDSU) in 2017. Melissa is currently a graduate student working towards obtaining her master’s degree in Rehabilitation Counseling, with an emphasis in cognitive disabilities at SDSU. She has prior experience working as an educational technician for San Diego Continuing Education by assisting students with disabilities in the classroom. As a vocational counselor, Melissa uses her job development skills to identify unique pathways to employment for students so that they can overcome challenges and barriers to employment that might stand in their way. In her free time, Melissa enjoys being a mentor for students, culminating in an annual presentation to high school students which encourages them to go to college. More than anything, Melissa enjoys building rapport with her students and seeing them grow as individuals.